What have I done lately? Not blogging much, I admit. I did spend some time talking to my children. Nurturing them is not always an easy task, but I tried to show my love and support in small ways.


My son picked up a basketball game in the recreation center with other teens last weekend. His school basketball season is over, and he still wants to play for fun, so he played.

A staff phoned me at home to report that he got hurt but not badly. He got into a heated argument with another boy and next thing he knew, he got a blow in the mouth. He decided not to press charges and leave.

He had a bloody lip with a small cut I could not even see well.  Surprisingly, he did not fight back.

I am proud that he was a man not to behave like a bully. Even an older adult would have had a hard time to control himself not to fight back. I told him how proud I am of him for having self-control


My daughter and I spent some quality time hiking one day. It took her a long time to pick the place to go, but when we finally did, it was worth it although we did not reach the top. We decided to turn around because the sun was coming down. We had a good talk as we hiked. She loves the outdoors, and this is how we bonded these days as the weather is nice lately. She still does not want to talk to me about some students bullying her in school but maybe soon. At least she talks to her therapist about it. Oh well.

January 23, 2021
Welcome to my first post in the New Year 2021. Most of my off days are still spent indoors. It is cold outside. 39 degrees in Colorado. With still some social distancing, I still have many things to be grateful for this second wave of COVID. A family member was hospitalized in December but released in early January in better health. The COVID population in my hospital is low. I completed my 2/2 COVID immunization. It is something to be thankful for being in Tier 1A as I work in the intensive care unit. A working fireplace to sit close to - at home. A pedicure service for me and my daughter (and a cheese grater for callus removal *laughing out loud*) Chair massager at home to go home to after a long day at work. My family loves the chair, even little Josiah who is not even two. Funny Josiah whatever he does. He eats like a dog with a spoon and fork in his hands. Who needs those spoons and forks? They are just props. Kiddie masks fitting Josiah. He does not mind much wearing it. For many
4 comments
Read more

January 30, 2021
I harvested some greens from my indoor hydroponic planter . The greens can't get fresher than these, harvested right from my dining room. They are perfect with the Costco-size beef and pork.  I cooked six dishes. Most left-overs will be frozen for later like after-work dinner when most times, we are too exhausted to cook. I am grateful for the memory of cooking comfort I remembered from childhood in the Philippines--peanut stew, adobo, pork chops seasoned with lemon pepper, and sour soup.  I am grateful for the recipes readily available from the internet, the oven, instapot, and air fryer. I was able to cook 6 dishes in 2 hours, preparation time included. You'd think I was in a cooking contest under time-pressure. Only the judges (my family) are more forgiving and very appreciative of my cooking. I am grateful for the simple things I get to enjoy with my family--walking outdoors, however cold, before the snow hit--picture taking, and watching TV together. I am even thankful for
4 comments
Read more

January 26, 2021
Surrounding  Visiting Spending time with the people you love Takes a chunk of your time Yet the pay off is worthwhile I did these just yesterday and the day before While the days were bright, no rain, no pour So today it’s wet and we could not go out  I am thankful we did as we all look up
Post a Comment
Read more 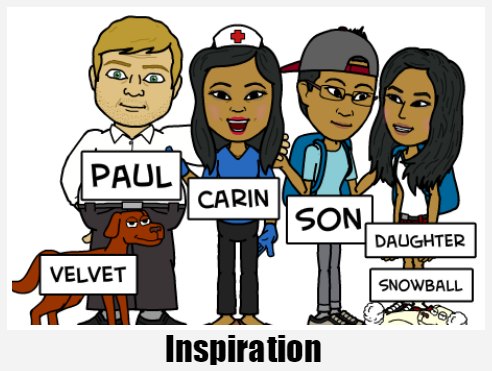